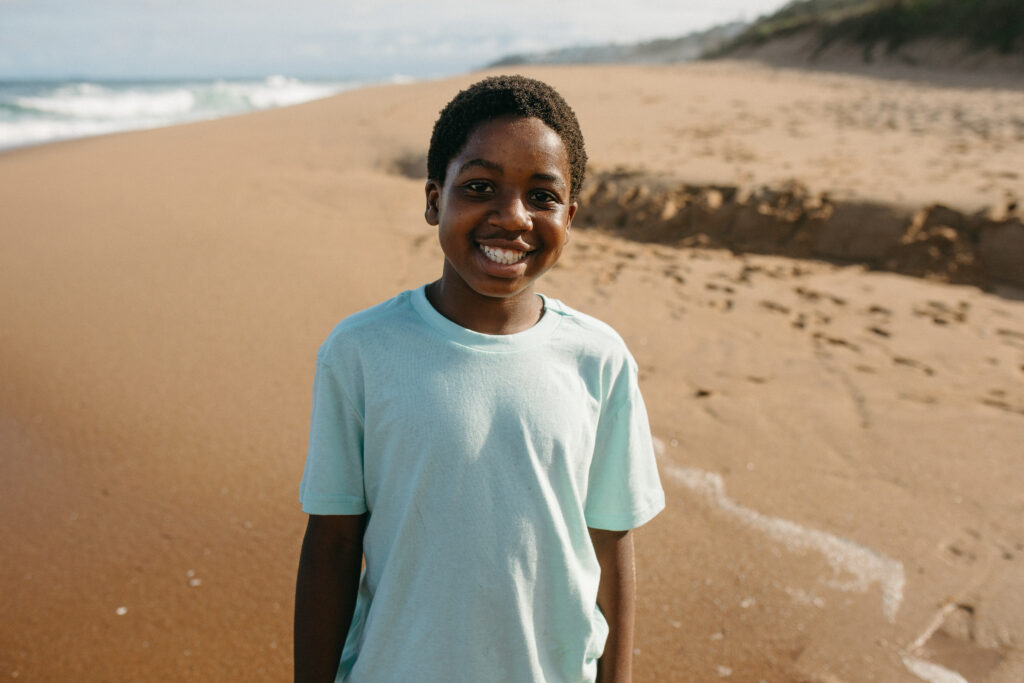 His interests are playing rugby and cricket and he loves building lego.

When I grow up I want to be… a policeman so that I can have a gun.

Cale’s mother passed away in May 2012, and social workers brought him to us after trying in vain to search for his relatives.  Despite his circumstances, he could walk and even say a few words – proof that even though his mother had very little, she loved her son and tried to take care of him.  He is now a very energetic whirlwind of a boy, doing everything at great speed and with enthusiasm. He loves sports, and excels in track and rugby.

He finds academics difficult and overwhelming at times, but still tries hard and has a positive and cheerful attitude. He is currently in Grade 4 at Umhlali Preparatory School.

He enjoys playing card games and board games with his brothers.

When I grow up I want to be… a firefighter, a doctor, a race car driver or a car mechanic.

When we first met Zac, he was 2 yrs old.  He was left naked, lying all day in the sand outside his house.  Due to the abuse, he was physically and emotionally stunted, having the appearance and strength of a 10 month old.  He has been diagnosed with attachment disorder, which caused him to struggle in a large mainstream school.

We are currently homeschooling Zac. He is somewhere between Grade 4 and 5. We have found that the homeschooling environment meets his needs better and allows him to feel as if he is making progress.

Although he still carries the emotional scars, he has blossomed from being a despondent, angry, tentative boy into a mischievous, fun-loving giggler with a bit of an obsession for cars. 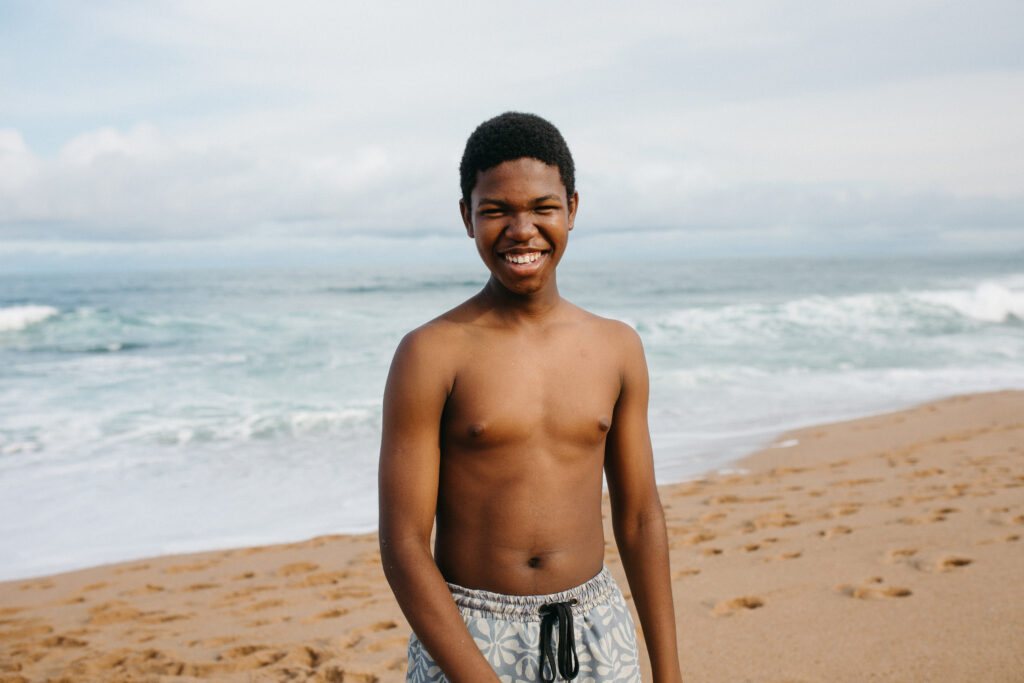 He loves school, basketball and spending with his friends.

When I grow up I want to be… a pilot, maybe, I don’t really think about it too much.

One of the kindest, most diligent and polite boys you will ever have the privilege of meeting, S’celo came to us in December 2014.  With the help of dedicated tutors he started to learn English for the first time, and is now thriving at school, helps the other Hearts That Hope children with their English and math homework, teaches them to ride bikes and skateboards, and is regarded by all of them as their big brother.  He has a large group of friends, and has great leadership potential.

S’celo loves being outdoors; from playing sports, to catching the shorebreak at the beach or riding horses he is always up for adventure and a new challenge. He is currently in Grade 9 at Northwood Boys High School. Although he hasn’t physically managed to be at school much since he started there he is loving the whole hight school vibe. 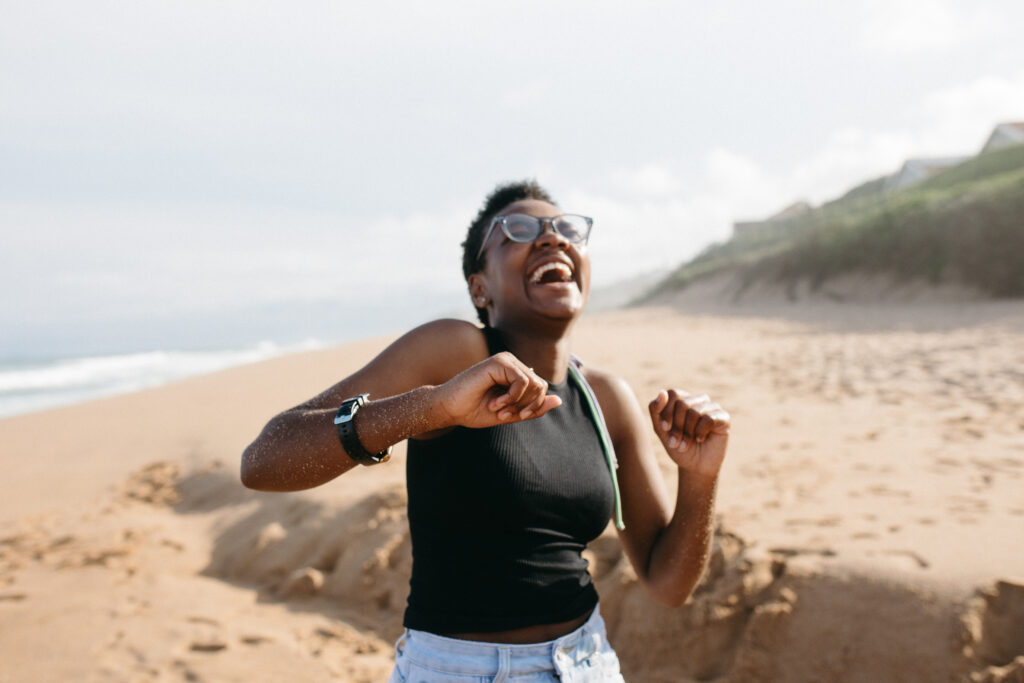 She is very creative, always dancing, singing and creating art works.  She also loves reading in a quiet corner.

When I grow up I want to be… a traveller, a high school teacher and a photographer.

In July 2015 Umhlali School informed us that one of their pupils had sadly lost her mother, and needed a place to live.  She is a true extrovert with a bubbly personality, and fits in very well with the other children.  She has such a loving heart, always looking for other children in her school who need help.

She is currently in Grade 9 at Destiny Life Academy. She is loving the new freedoms and challenges that this creative learning environment provides 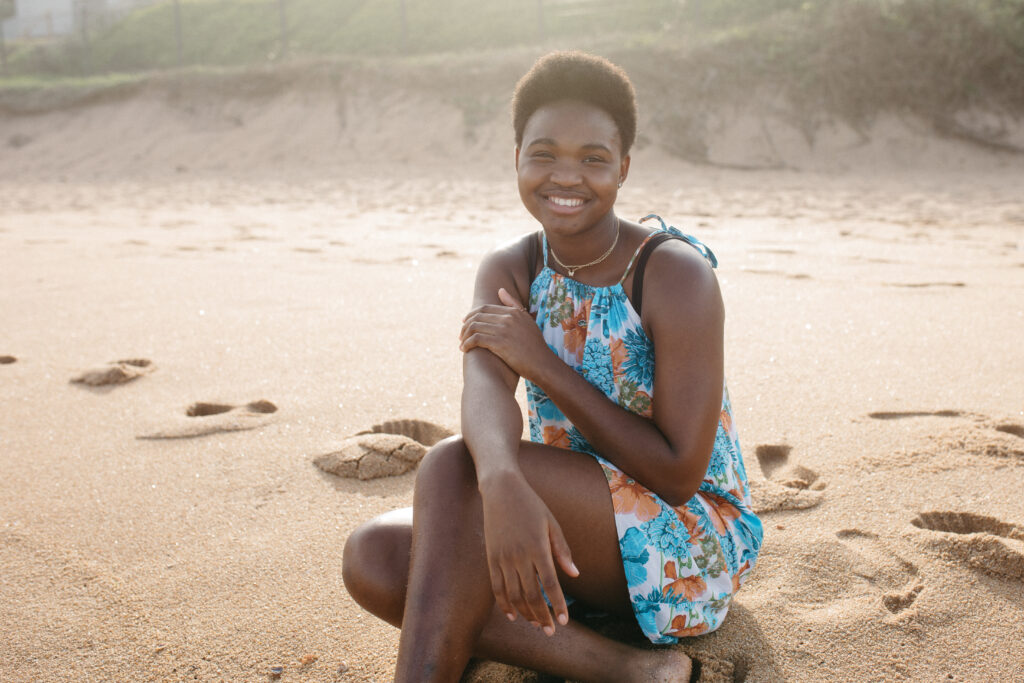 is… every inch the creative, and loves fashion and musicals.

When I grow up I want to be… a seamstress, a fashion designer or a singer (but I don’t really like to be on the stage), maybe a model?

Zee, along with her three younger brothers, she arrived in March 2015. Zee’s mother was a neglectful and abusive alcoholic, so Zee had been forced to take over the role as the primary caregiver to her younger siblings.

At first it was hard for her to play with the other children because she was always looking after the youngest, Lou, and making sure they were all fed and taken care of.

Zee never had the opportunity to go to school when she lived with her mother so we started home schooling her in the Hearts That Hope Home School. In the beginning she didn’t know how to hold a pen and she had no idea what the primary colours are, let alone an understanding of the basics such as letters and numbers. But in just three years she has come so far. She now attends a special private school with small classes, and started reading and grasping basic math. We are so proud of how much she has progressed in just a few short years and excited to see how far she can go.

Zee is still doing some academic learning through the Creative Classroom but her new found love and talent for sewing means she is spending a lot of time in sewing lessons improving her skills. Our prayer is that this hobby can turn into a sustainable income provider for her at a later stage. 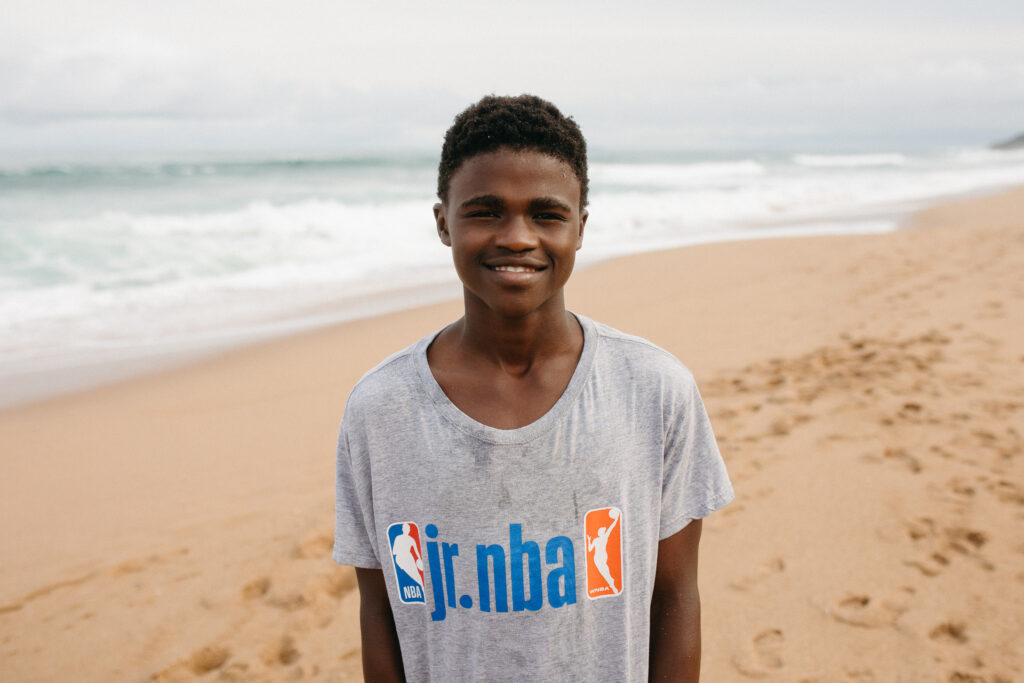 He loves playing basketball on the new hoop and doing anything on something with wheels.

Sonny, Zee’s younger brother, is such a delightful boy with bundles of energy. We’ve loved having him in our home since day one. We have never seen Sonny in a bad mood and he seldom pushes the boundaries. He always wants to help out around the house and is the first person to run up to greet visitors.

He is always in the mood to be outdoors having fun. Sonny loves fishing, riding bikes or  scooters and skateboards. We started homeschooling him in June 2015, he has progressed so well that he is now thriving in a main stream private school. He does have ADHD and still struggles with controlling his emotions but he is a wonderful boy. He is currently in Grade 5 at Eden Academy and loving his school. 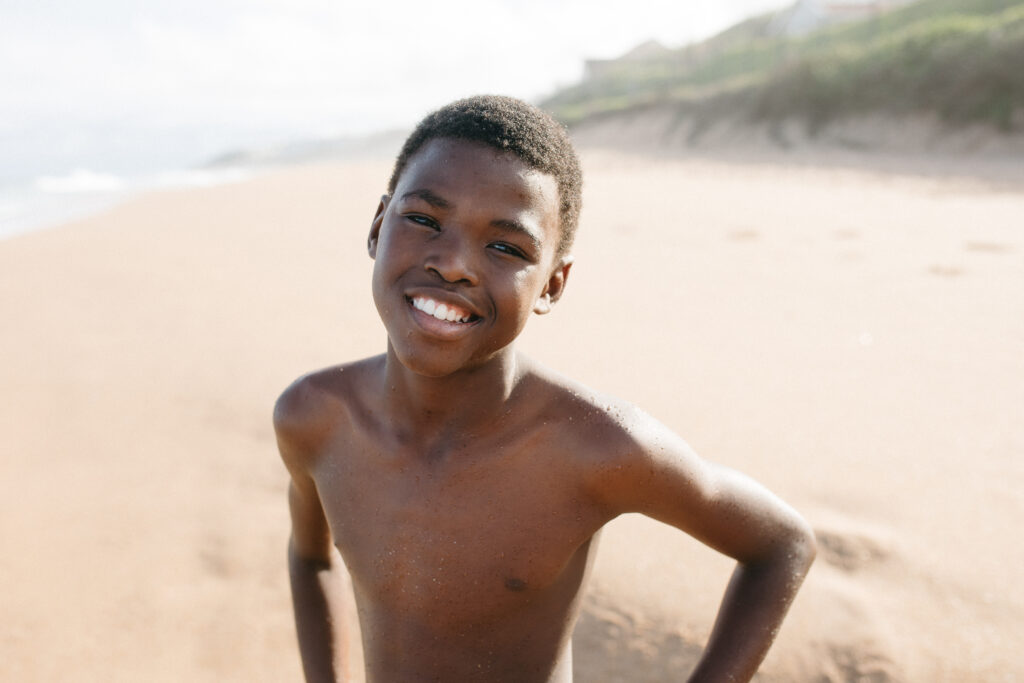 When I grow up I want to be… a scientist and study people, cars and houses.

The youngest of the siblings, Lou came to us at the age of two. He was like a parrot when he first got here – even though he didn’t know any English, he would copy everything we said and would laugh after every attempt. A terrifying event happened in June 2015 when he managed to climb over our fence and tumbled 5 meters (16ft) down the retaining wall, landing head-first onto the pavement below. As we ran up to him we thought he wouldn’t make but then, thankfully, he started crying. We rushed him to hospital where it was found out that he had fractured his skull. Three days later Lou was home – as if nothing had happened! The power of prayer was just amazing. Lou, our little miracle, loves life and is a blessing to us all.

He is currently in Grade 2 at a wonderful school called Game Changers. He is loving the inquisitive environment that he is a part of there. 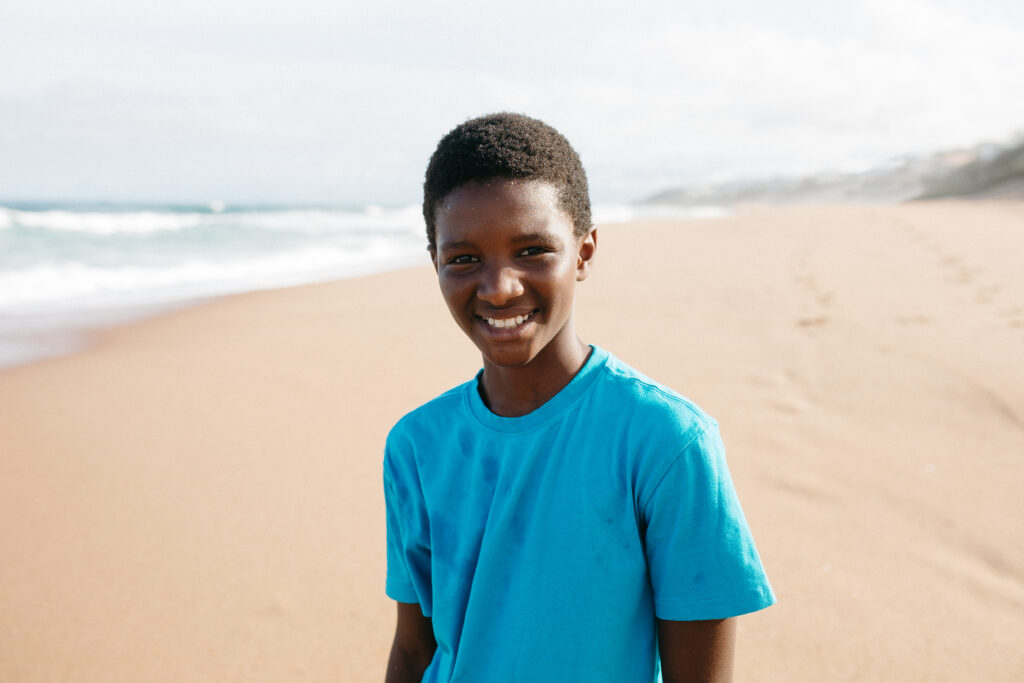 He loves drawing, doing flips in the garden and playing lego

When I grow up I want to be… a pilot and an artist.

In November 2015, we received a phone call from a creche in Grouteville. The creche spoke about three children whose 23 year old mother had come to them to say that she didn’t want her children, and she needed help because she couldn’t cope with or take care of them. We were at capacity at the time, so we were not able to take in three more children. We stayed in contact with the kids, providing for physical needs where we could, and in March 2017, we were able to welcome the three children into a safe family.

Nkosi, the oldest of the three, moved in when he was 7. When he moved in, he came with sores covering his body, and had difficulty developing an appetite. As his body is healing and his appetite returning, we’re getting to see more of his personality break through. He is slotting in well with our group of young and energetic boys, loving to run, bike, and play in the dirt! Despite only learning to speak English at the age of 6, he is doing so well academically.

There has been so much healing in Nkosi over the past year and we are so encouraged at how much he has developed as a person. His new school has been so good for him. He is currently in Grade 4 at Game Changers. This school works perfectly for him as the small classes give him the attention and focus he needs to succeed. 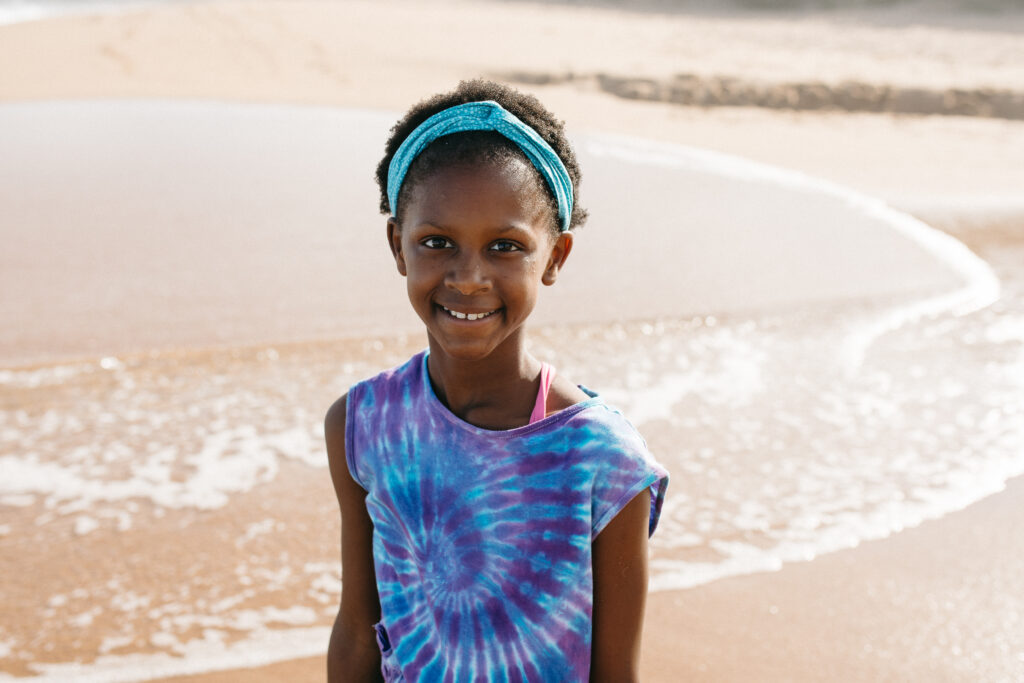 She loves playing with dolls and doing their hair. She also loves doing dance shows for her family and does them often

Portia, the sister in the trio of siblings, moved in when she was 4. She also came covered in sores and with a lack of appetite. As her appetite has grown, and her skin has healed, a big personality has come out of her tiny body!

Portia is quick to join the boys in on their rough and tumble games – never wanting to miss out on a wrestling match or dance off! She has a natural gift for ballet and has just started lessons, which are the highlight of her week. Portia loves to giggle, and is almost never seen without a smile on her face.

She is in Grade 3 at Game Changers. She loves the social nature of school and loves that her school in particular allows for freedom and movement during the day 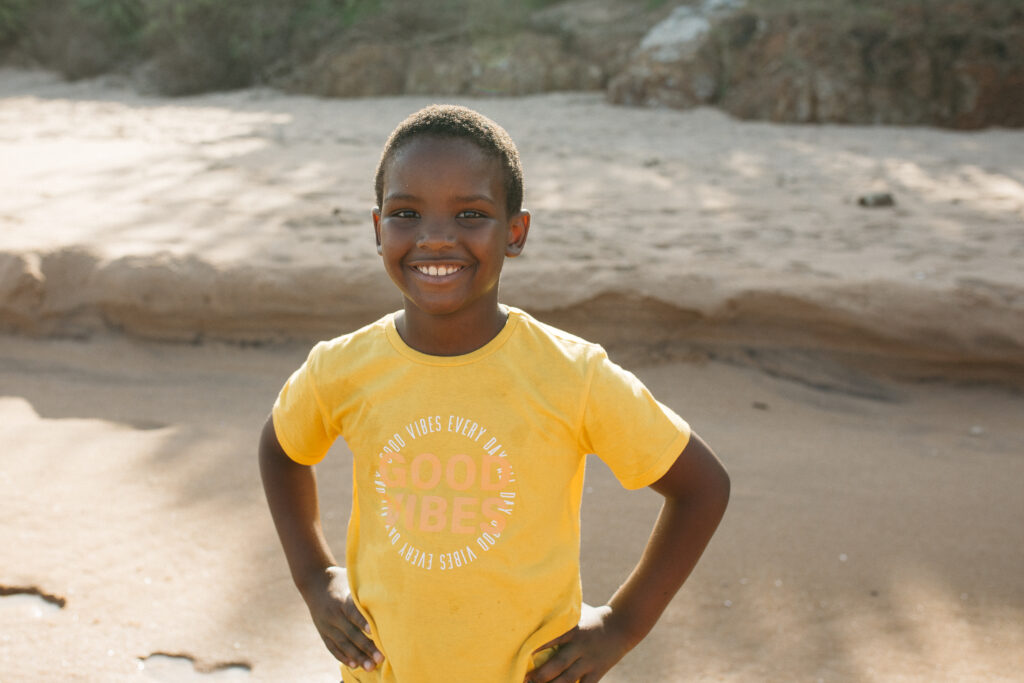 He loves building lego and jumping on his brothers backs and wrestling with them.

When I grow up I want to be… a firefighter, a car fixer, a policeman and a baker man so I can always have cupcakes

Noah arrived with his siblings at age 2. He wasn’t covered in as many sores as his older siblings, but he came with a tummy full of worms. Once he was medicated and we were able to rid his little body of the worms, we started to see his big personality show! Although Noah is the young, he is sure to let everyone know he won’t be left out of his older siblings’ games. He loves to talk, joke, snuggle, and is quick to greet everyone with a smile!

Noah is currently in Grade 1 this year. We have decided to keep homeschooling him until he is emotionally mature enough to handle the stressors of a school environment. He loves all the time and attention he gets at home when the others are away.

She loves doing the little girls makeup and being with friends

Angel arrived in January 2018.  She had attended a Zulu-speaking school, but put a lot of time and effort into learning english and it has really paid off. Angel is currently at a learning centre where she is doing her Grade 7 year. Although she misses all the spirit of a big school she is loving the way she is being taught and is making some really deep connections with her friends.

She fits right into the home, and all the girls love playing with her. We love watching Angel play, as she opens up to the world, using her imagination, playing “mommy, mommy” and her favourite – “teacher, teacher”. She loves taking time with the younger girls, doing their hair and teaching them how to do others hair.

Fill in the form below and we’ll get back to you.